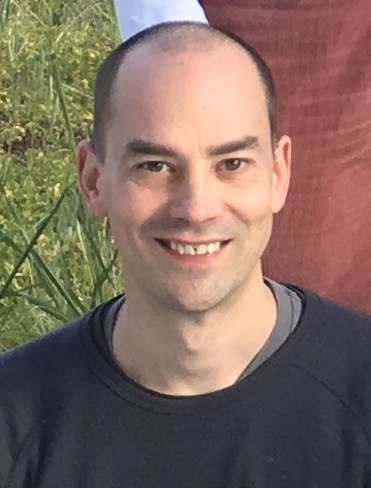 I’m passionate about awakening and exploring the infinite potential we embody and bringing the greatest expression of all that we are into form, to participate in and celebrate this dance of creation.

To make available the wisdom of the Shamanic and Daoist traditions that I have found to be so powerful and profound, I run classes and workshops, provide personal shamanic sessions, give talks to groups on Peruvian Shamanism and regularly organise community Fire Ceremonies.

I’ve had a fascination with the idea of magic since I was a child. I remember being read Roald Dahl's The Wonderful Story of Mr Henry Sugar in primary school and then reading it over and over again. At about the age of 7, I was introduced to martial arts and since then I've studied Jujitsu, Judo and Ninjitsu at various times. When I was finishing high school, we were given a class in which we were led through a guided journey and taught a differential relaxation technique. This stayed with me for many years, and without realising it, I was preparing the ground for later practices.

In 2003 my mother was diagnosed with terminal cancer. During the next couple of years through my mothers struggle with the cancer I needed a path to help me through what I was experiencing and this was when I found Taiji and Qi Gong. I began practicing in 2004 with Vince Bloomfield and shortly thereafter with John Millar; since then my search for knowledge and understanding has lead me to study in the UK, China, Sweden and Portugal with a variety of international teachers.

Since being introduced to Peruvian Shamanism in 2008, I have studied and trained with The Four Winds organisation in North America and graduated from their Light Body training programme in 2011. Each year since 2013, I have been continually deepening my personal practice by stepping into the Medicine Wheel classes with Berta Kuhnel in the USA, and to deepen my client practice I completed Berta's Practitioner training in 2017. In 2018 I was mentored by Berta to teach the Medicine Wheel which I'm now teaching in England and Greece. In Peru I have participated in Ayahuasca cermonies in the Amazon and received rites of initiation from the Q'ero shamans. Finally, I have explored some other shamanic traditions, including the Mexican Toltec Shamanic tradition with Sergio Magaña and Yew Shamanism with Michael Dunning.

For the past 13 years I’ve been using my knowledge to provide personal shamanic healing sessions to people with the aim of assisting them to transform their lives into the greatest expression of who they are and to live the life they truly want.

As part of my own personal journey I run classes for the Medicine Wheel and Dying Consciously.